Urban objects that attract people to interact with them

We preferred to focus on some volumes that encapsulate an essential space, that needs as little maintenance as possible, without allowing disorder. This scenario encourages the continuation of the interaction between the merchant and the customer outside the kiosk.

The Danish urban planner Jan Gehl claims that the success of a public space is based on a combination between the use of traffic, the presence of commerce and the opportunity to park. Our project tries to maintain their compatibility by respecting the circulation flows and withdrawals imposed by the theme by minimizing the footprint and modular flexibility. Thus, we propose a series of small recognizable objects that help to organize trade efficiently. Due to their size and light structure, they give the opportunity for occasional reconfiguration depending on the time of day or on the occasion of certain events. 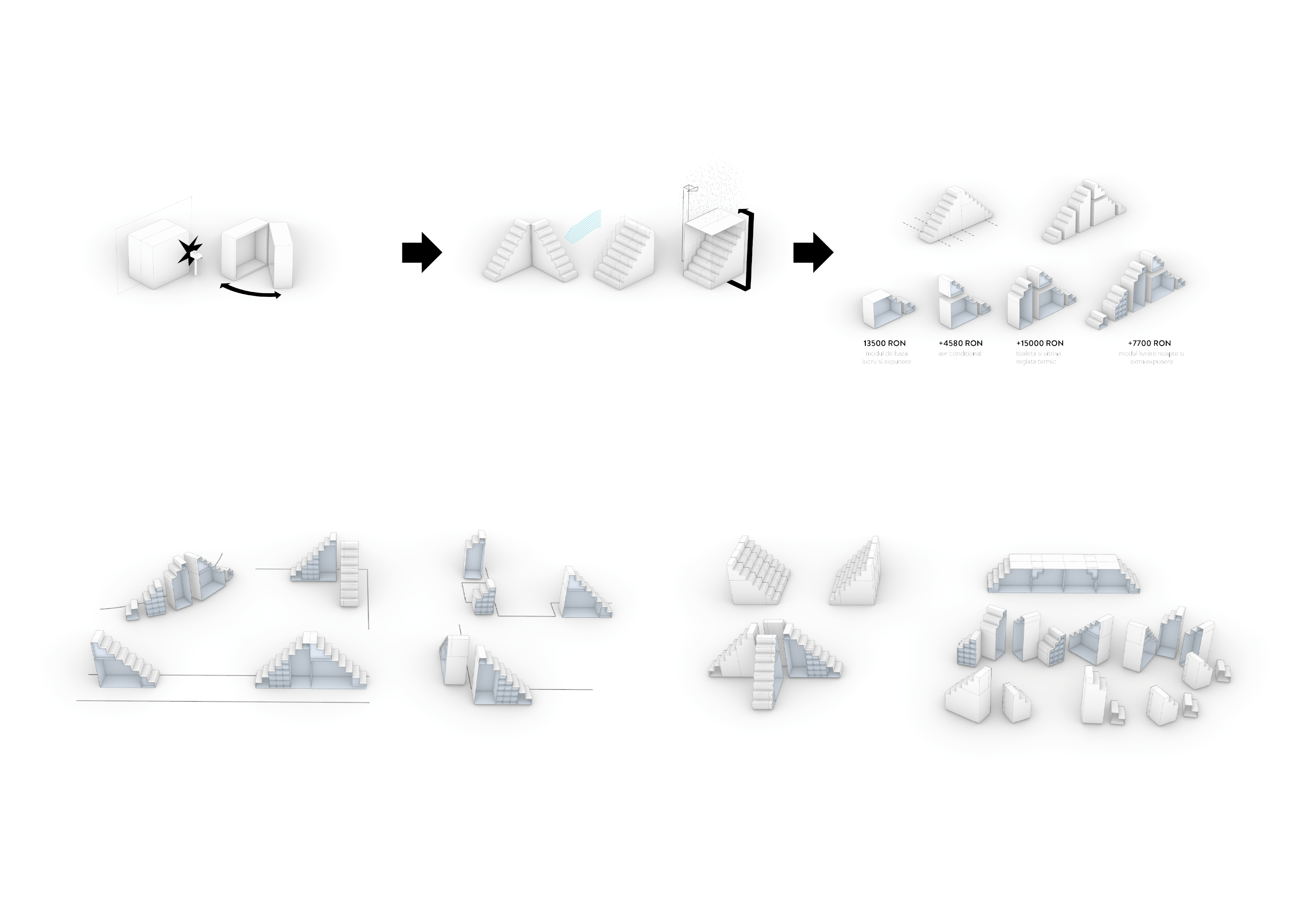 
Both the competition sites and a study of the kiosk in general show us that it is a niche product that sneaks in among the exceptions of the public space which, especially in congested areas, become very complex. The modularity of our concept allows the optimal exploitation of both residual spaces and the most generous ones.

As a starting point, we wanted to start from the idea of compressing and expanding a space, giving the possibility that in certain situations the volume can be closed with a shock-resistant facade that can protect the contents of the kiosk and simplify the collection of some of the objects that they usually need to be inserted daily. 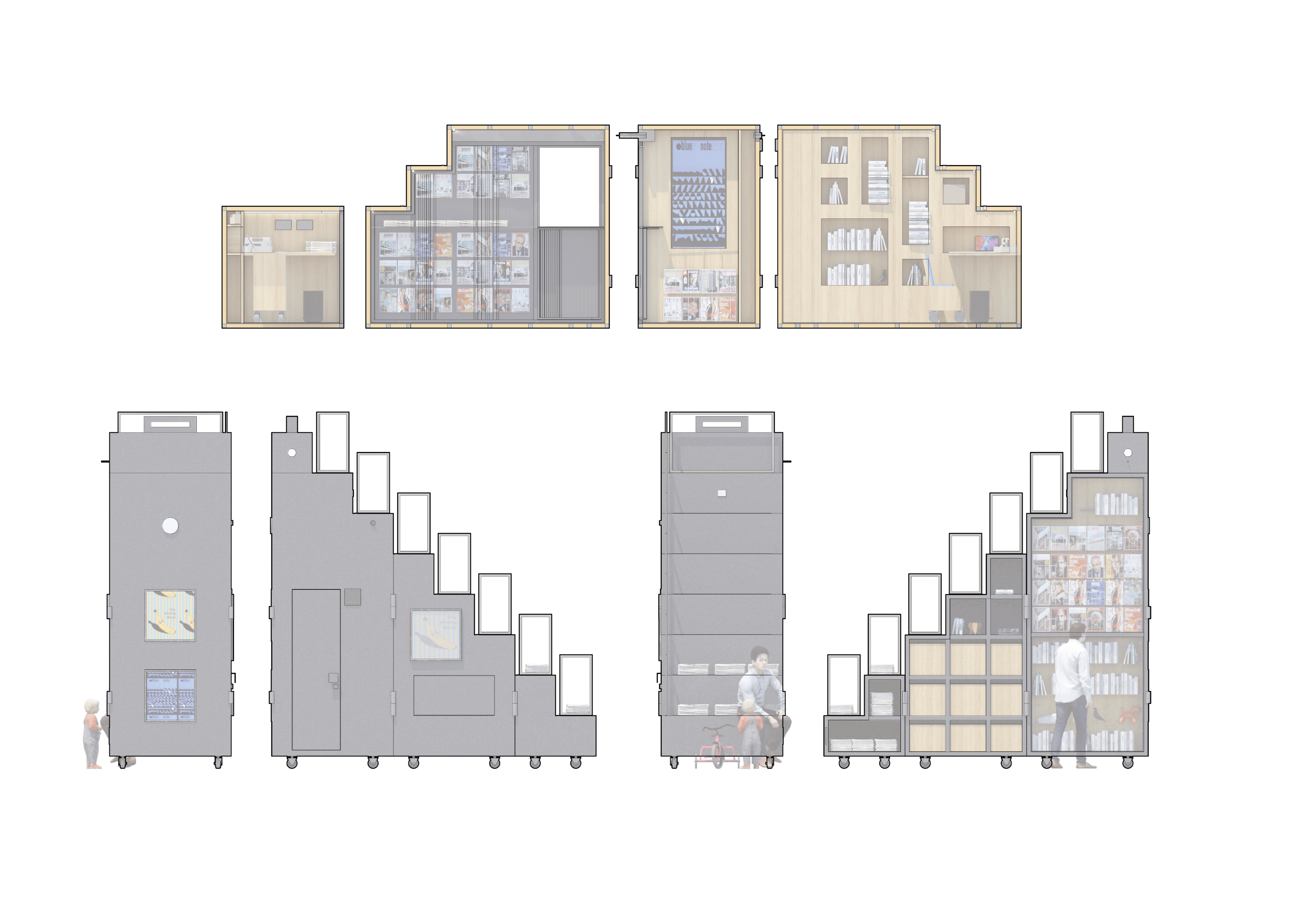 The unwrapping of the newspaper kiosk


The second important point for us was that, outside of working hours, the kiosk should become an object of urban furniture useful to the residents: - When it is open at 90 degrees, it can protect the face from the wind - When it is compressed, it becomes a garden and lookout point - Under kiosk there is a roll that can be pulled to protect the terraces from the rain.

The unwrapping of the flower kiosk


Continuing the idea of entrepreneurship as well as an urban object, especially seeing that sometimes "groupings" of kiosks appear in the city, our proposal encourages their use for special events such as a flower market or urban art - theater, dance, music, having and an already integrated commercial component.

When the kiosk is compressed, it becomes a garden and lookout point

When the kiosk is compressed, it becomes a garden and lookout point


We preferred to focus on some volumes that encapsulate an essential space, that needs as little maintenance as possible, without allowing disorder. This scenario encourages the continuation of the interaction between the merchant and the customer outside the kiosk, feeling that certain types of too hermetic kiosks can lead to isolation in the merchant's life. The compact forms help both to adapt to the urban context and to energy efficiency, while at the same time maintaining a maximum exposure surface due to the development along the length, and the roof profile, which ensures that the exposure elements are integrated into a whole compared to the foreign element common in today's kiosks.