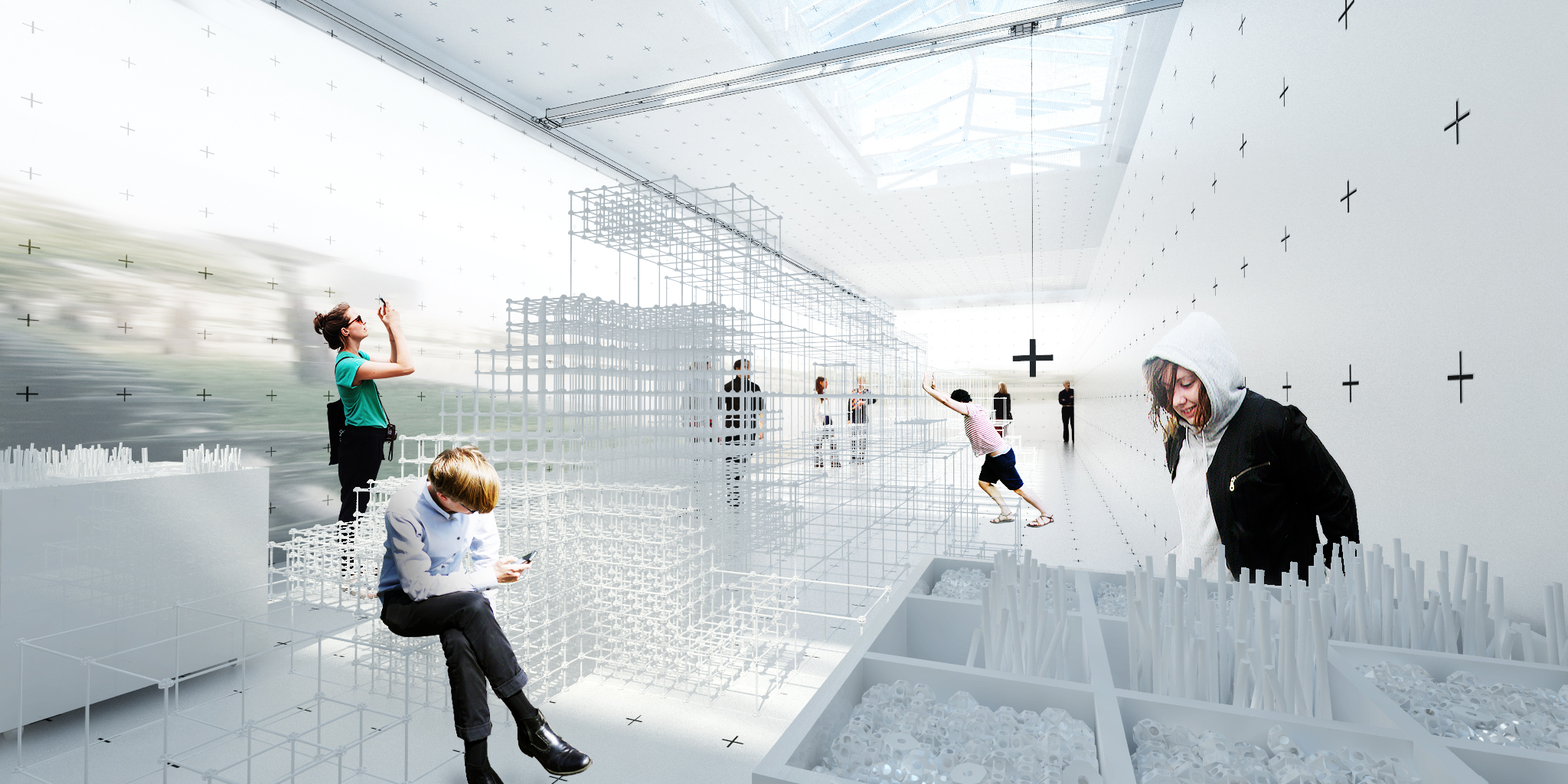 Romania is a young state that has three main regions: Muntenia, Moldavia and Transylvania. Each of these regions has strong external influences from the nearby countries. The main consequence of these influences is the establishment of communication channels.
These communication channels are used for exchanging goods, learning about other cultures, discovering new technologies and general information. The Romanians always found the external medium as a mean to get access to information. Often they managed to find a more suited environment abroad and did not want to return to their homeland.
The 21st century finds Romania in a crisis of human workers. The emigration of specialised workers is an acute phenomenon with a great impact on all sectors of employment.
Brain-drain is a complex phenomenon of human migration defined by attractors that push or pull. It’s a form of dynamic exchange with effects both negative and positive and it exist beyond the concept of national borders. We seek to improve the impact of this phenomenon and multiply its positive effects by creating a network for exchanging information, a common "brain". 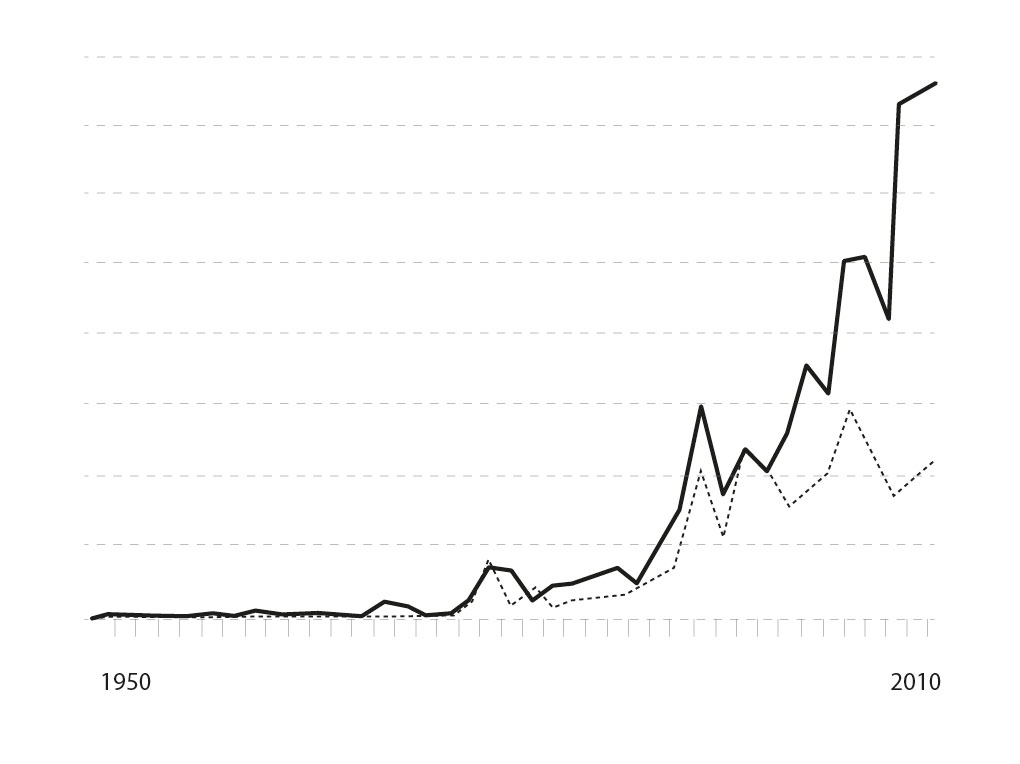 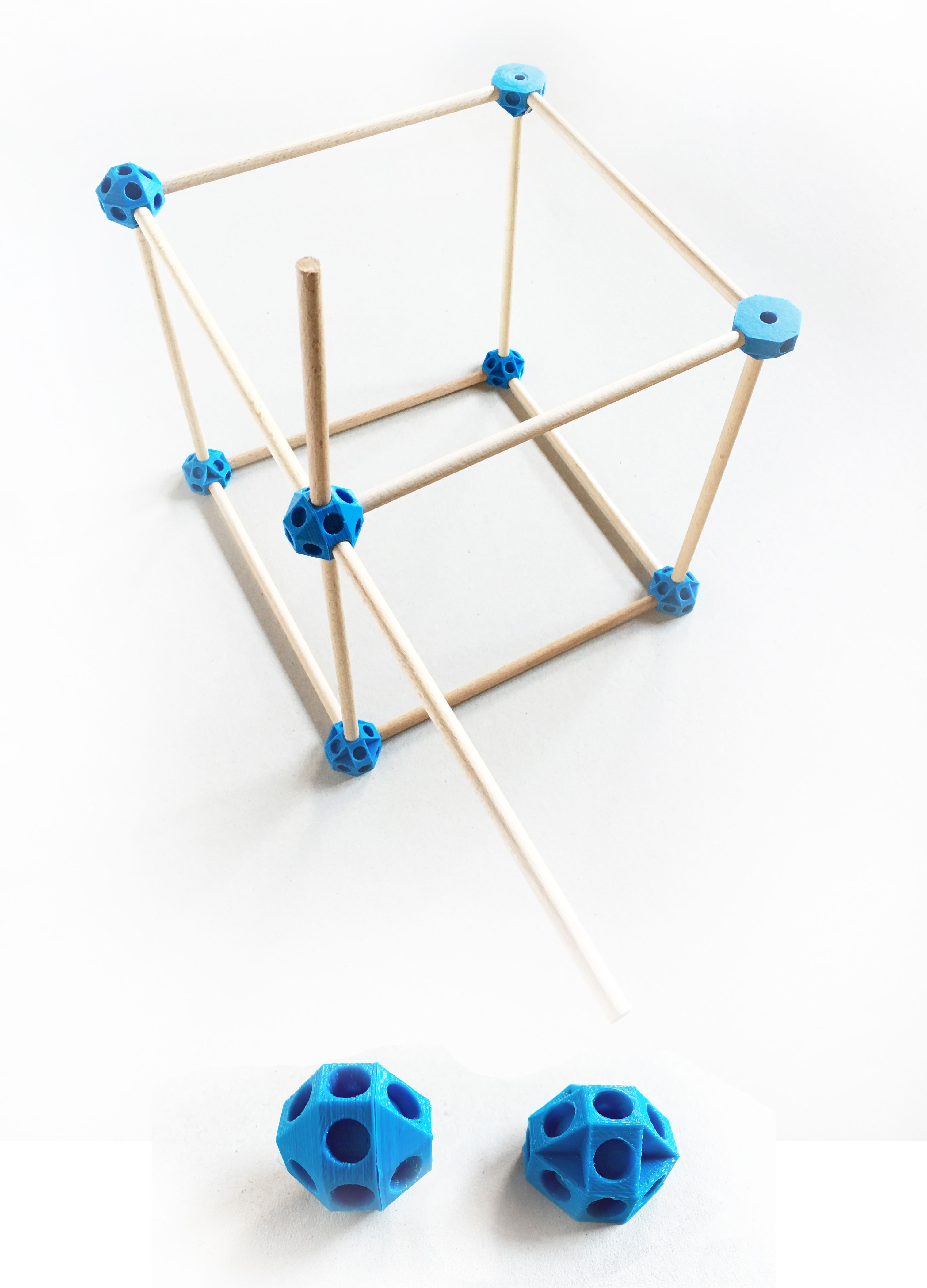 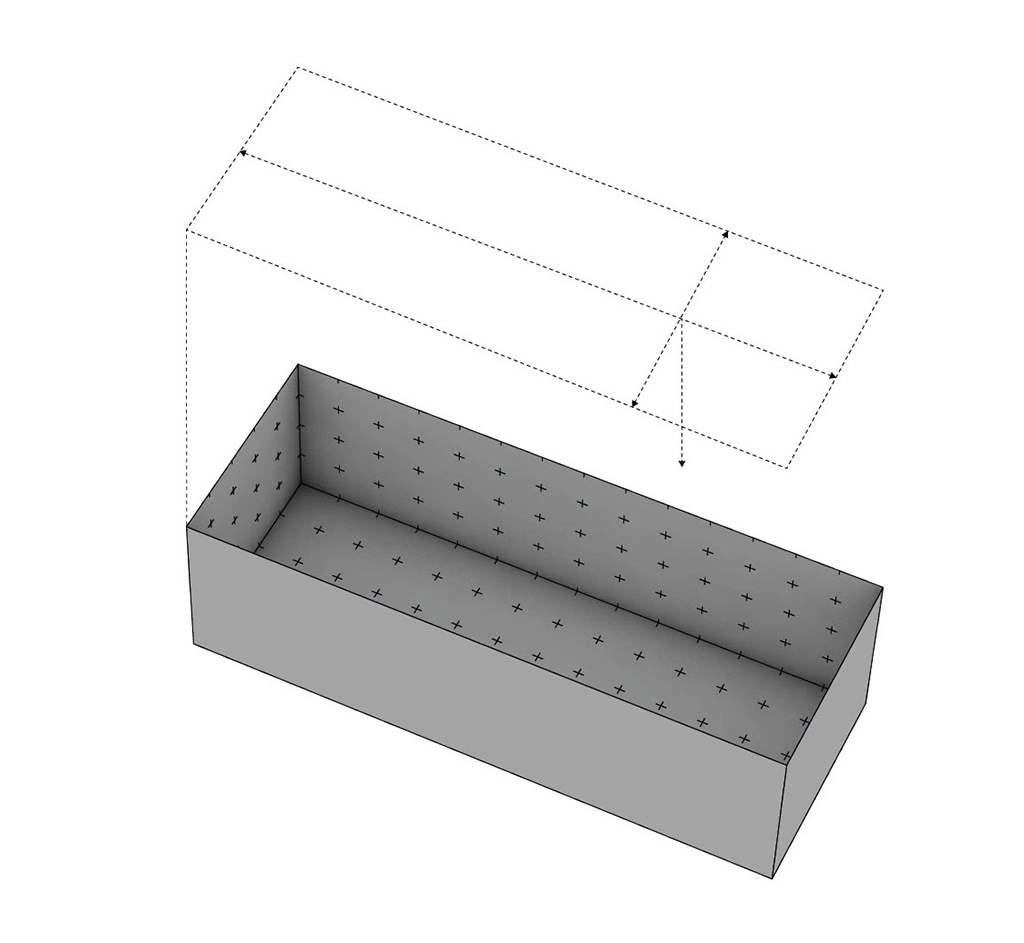 By creating this network, people around the world with different spatial experiences can interact to create many different versions that will lead to a final design. The inputs of these synchronized individuals turn into actions by collaborating with the pavilion’s visitors. The visitors can adapt afterwards the ideas to the real situation.
To achieve complex structures in a simple way we divided the structure into modules that allow everyone to interact with the project and also maintaining a creative freedom.
The system is made up of elements of different lengths in order to vary the density and the visual and structural diversity. The joints allow 18 directions.
The whole structure is designed to act like urban furniture for people to use it- sit, climb, cling. We want it to be a living structure. Inside the pavilion we create a scene, a virtual grid, in which a place from Romania will be screened.
To communicate with the hive mind network, the target that the visitors are aiming with their "construction", can move over the entire height of the stage, in 3 dimensions.
The decisions taken within the online community will generate actions within the pavilion. Visitors are being challanged to transform the given goal into a realistic structure.
In order to allow visitors to build complex structure with a minimum amount of hustle, we alredy developed a modular grid system.

Cause and generated Effect

HIVE MIND - an entity composed of a large number of people exchanging information and opinions that genrates a collective vision or a collective intelligence. One of the most interesting aspects of the project is how the virtual users and the real users of the pavilion interact and work together to achieve a goal.
We considered the Romanian Cultural Institute’s gallery –the virtual space for constructing the proposal. The gallery serves as an interaction hub where the idea takes shape. Visitors interact with a touch screen thus generating the urban furniture, while watching live what happens in the Giardini Pavilion. By this means they interact with the actual construction.
The common intentions of all users are processed by an algorhitm and redirected to the robot target in the Giardini pavilion. 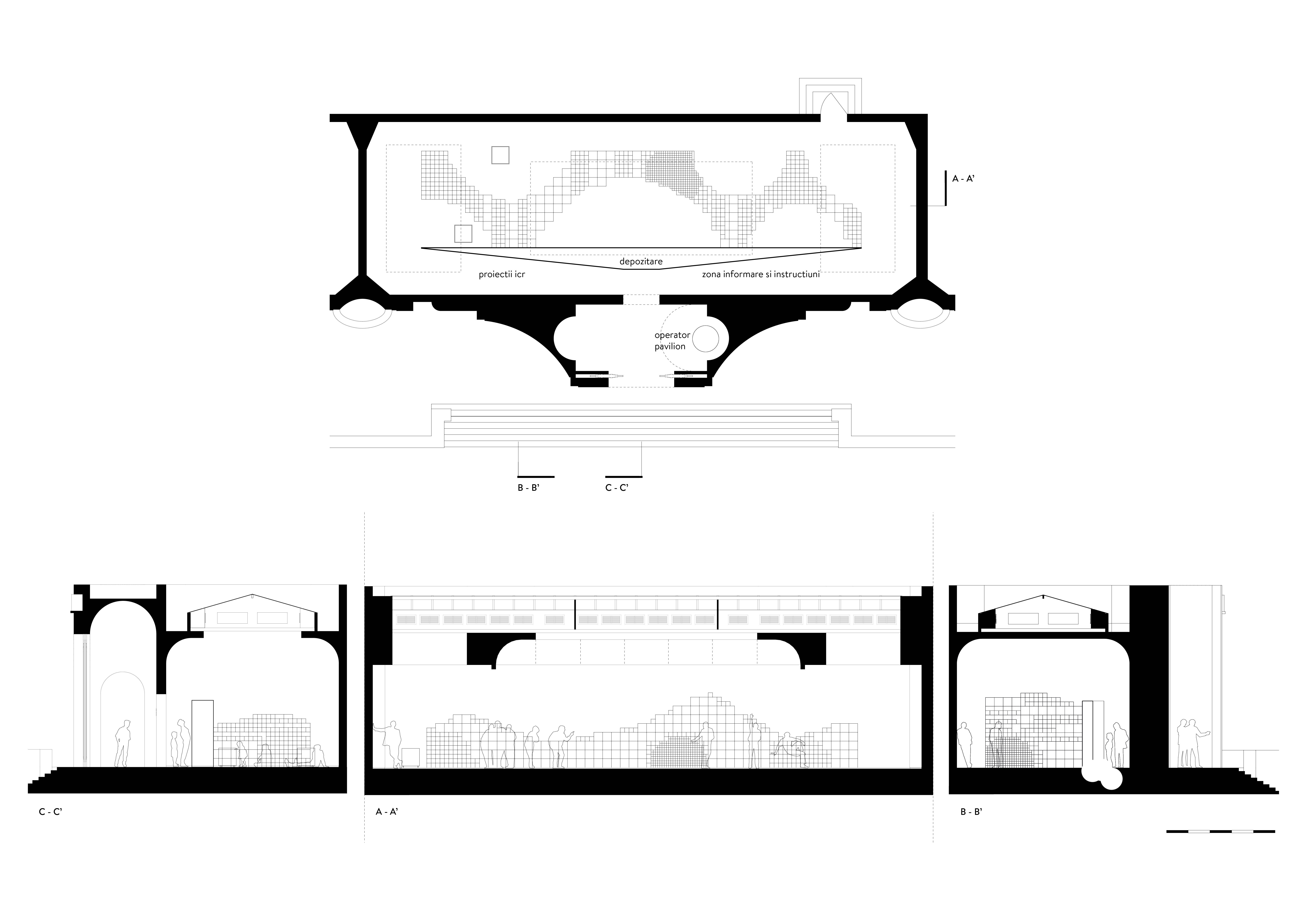 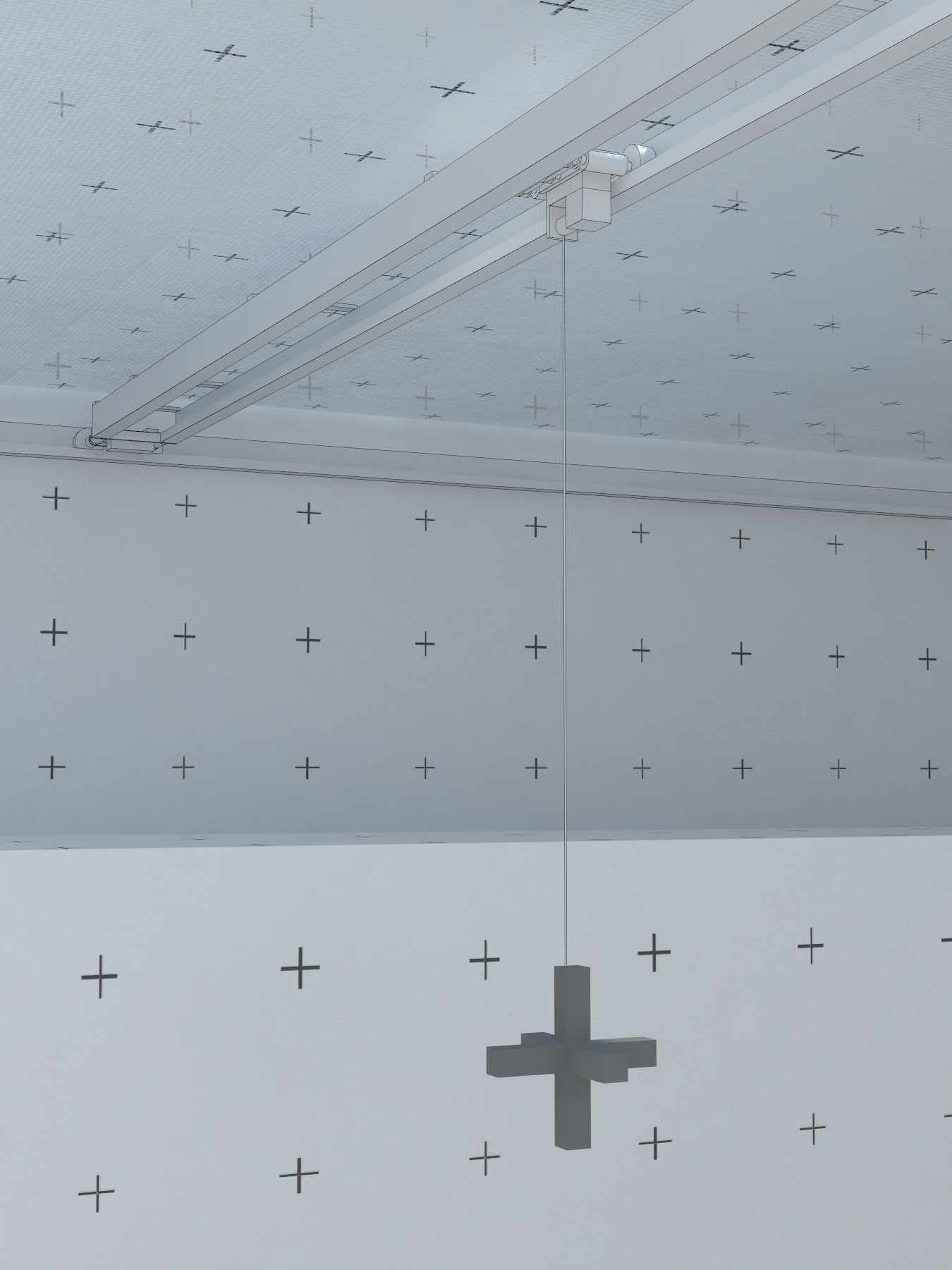